Martine Simone Idelle Antoinette Renard was born in Böblingen, Germany to Denis Renard (French investor and heir) and Maria Lambert (American USMC general). Her parents had met in New Orleans while Denis was on vacation in the states and she was visiting her parents on leave. They spent the next six months writing back and forth until Denis arrived in Germany for a "visit" and never left. One month later, they were married. Ten months later, their first child Martine came along.

The vast majority of her childhood was spent travelling around, first for her mother's job and then - once Maria was honorably discharged - for her father's. The closest thing she had to any "friends" were her three younger brothers and all four siblings were perfectly happy with their pampered, nomadic lifestyle. Then, in 2004, her mother accepted a full-time position as a logistics manager at a Boston company and life as the family was accustomed to changed drastically.

Prior to this move the kids had never: lived in a single home for more than two years, attended a regular school, or spent more than five consecutive days in the U.S. The abrupt changes madde for an uncomfortable period of culture shock and resentment for all four kids. Martine was the quickest to adjust, stepping up to set an example for her younger brothers by throwing herself into high school extracurriculars and American culture headfirst.

Always an overachiever, Martine did well enough in high school to gain acceptance to Stanford university where she pursued a degree in bioengineering & physics. She graduated with honors and returned to Boston, taking a year from her studies before enrolling as a doctoral candidate in Harvard's biophysics graduate program. Upon receiving her doctorate, she took a high-paying but soul-sucking R&D job at a pharmaceuticals company before quitting to join a fledgling AI startup. She remained in that position until the snappening of 2018 when, like everyone else she knew, Martine found herself in San Francisco with little explanation.

True to form, however, she rolled with it and adjusted to the strange "move" as well as she'd done with every other upheaval in her life. She is currently employed at a medical research think tank and living in the Bernal Heights neighborhood. Recently, her alterego, Monica Rambeau, has awakened and sent Martine's life into another whirlwind. 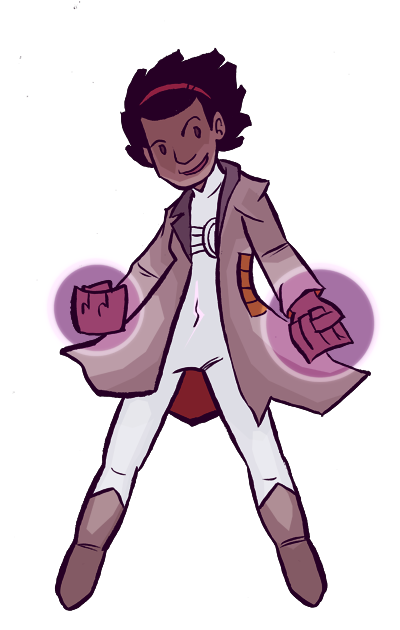 Monica Rambeau has always been devoted to serving and protecting the public, both as herself and in her various costumed guises. before she became one of the brightest stars in the age of marvels, she was a dedicated lieutenant in the new orleans harbor patrol -- until she was bombarded by extra-dimensional energies and gained the power to convert her own body into energy and back again at will... (more)